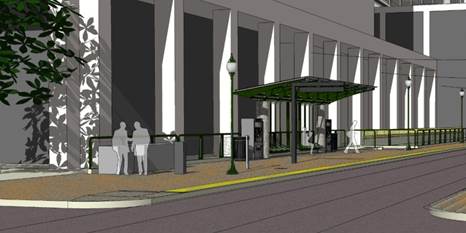 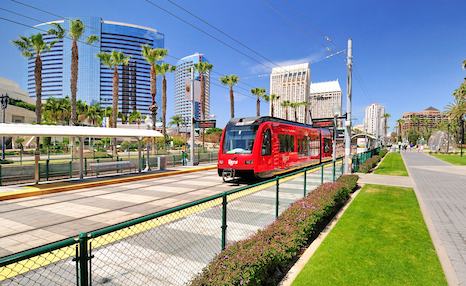 San Diego – The San Diego Metropolitan Transit System (MTS) announced that it has been awarded $31.9 million from the Transit and Intercity Rail Capital Program (TIRCP). The MTS grant is one of only 14 projects in the state funded by the State of California’s 2015 and 2016 cap-and-trade budget. A total of $224 million is being allocated for the TIRCP.

The grant will be used to purchase eight new light rail vehicles to increase capacity on the MTS Trolley system, and for a new trolley station serving the 22-story San Diego Central Courthouse being built on C Street between State and Union streets. The proximity of the new station will provide convenient access to the 44,500 jobs expected to be within a one-half mile walk by 2020.

“This is a highly competitive program that required project proposals in a very short timeframe,” said MTS Chief Executive Officer Paul Jablonski. “The addition of the light rail vehicles will ease overcrowding on the Trolley, making it more attractive and comfortable. And the new rail station will serve the expanding court complex, which is a major destination for employees and jurors.”
The Cap-and-Trade program was established via Assembly Bill 32 to collect fees from producers of greenhouse gas (GHG) emissions. The fees collected are then distributed to a variety of projects that will provide long-term reductions in GHG emissions. The addition of Trolley cars will increase capacity on the MTS Blue and Orange Lines, thereby encouraging more trips via public transit instead of by car. The new downtown station will reduce train congestion at Santa Fe Depot, allowing for more trips on Trolley, COASTER and Amtrak from there, which can reduce trips in automobiles.

MTS expects to take delivery on the new Trolleys and begin construction on the new station by late 2017.

Every weekday more than 300,000 passenger trips are taken on MTS bus and Trolley services. MTS is expecting to set a new record this year with more than 97 million riders.

For more information on how you can use public transportation and save money, go to www.sdmts.com.

About MTS
MTS operates 95 bus routes and three Trolley lines on 53 miles of double-tracked railway. Every weekday more than 300,000 passenger trips are taken on MTS bus and Trolley services. For more information on how you can use public transportation and save money, go to www.sdmts.com.