Ditch the Car! Ride MTS to These Fourth of July Celebrations 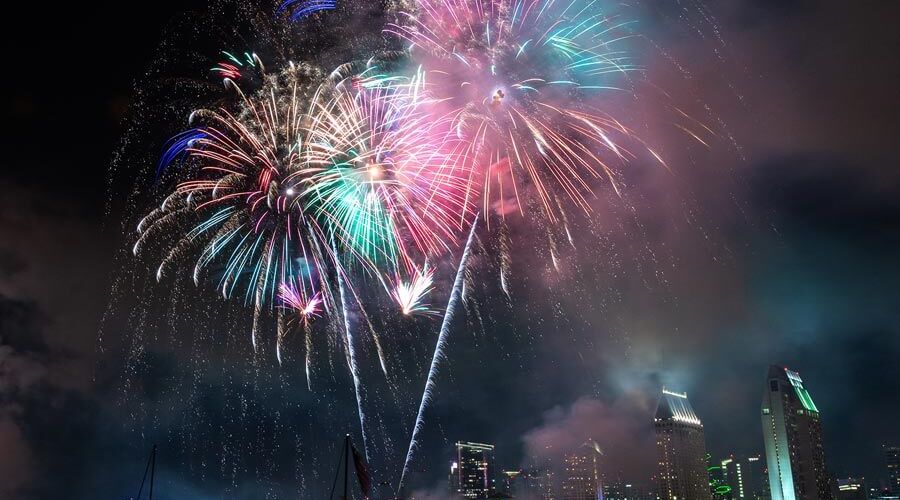 Photo by Wilson Ye on Unsplash

Big celebrations, and crowds, are expected this Fourth of July as many events return for the first time in a few years. Let MTS give you a lift to the festivities.

Take advantage of the holiday to catch an early game at Petco Park. The Padres will be playing an afternoon game starting at 3:40 p.m. Be sure to take transit to the Padres game (and then stick around for the Big Bay Boom which starts at 9 p.m.)

The Coronado Independence Day Parade starts at 10 a.m. You can wake up early to snag a spot for prime viewing, but you can’t set up before 5 a.m. (per City of Coronado rules). Be sure to stick around for one of the concerts in the early evening, including an all-new concert on the Coronado golf course. There will be fireworks over Glorietta Bay and over San Diego Bay starting at 9 p.m. Remember, Route 904 (AKA the Coronado Summer Shuttle) is free all summer, with extended service hours and frequency, to take you from one end of the island to the other.

The Big Bay Boom is back in full force this year! With the number of expected patrons to be high, it’s recommended to hop on MTS to get you to San Diego's biggest fireworks show! The UC San Diego Blue Line and the Green Line can get you to the prime viewing spots along the bay - all within walking distance of the stations. Read all about the Big Bay Boom and our extra Trolley service on the Big Bay Boom event page.

Catch a ride on Route 8 or 9 for a day at the beach! Crowds will be high this Fourth of July, and a great way to avoid the traffic is to have MTS take you there. We’ve increased service on routes 8 and 9 to get you closer to the waves this summer, with buses arriving every 15 minutes. Thanks to the new UC San Diego Blue Line extension, we have more free Park & Ride lots to use (such as Tecolote Station or Balboa Avenue) to transfer you to the beach for a day of fun. Spots along Mission Bay should get you a good view of SeaWorld’s fireworks, which will be shown from 8:50 p.m. to 9:05 p.m.

Don’t forget that the Fourth of July is a “Friends Ride Free” holiday! Every fare paying adult (18+) can bring a guest on board with them to ride for free! Youth with a registered PRONTO card or app account can also ride free with the Youth Opportunity Pass. Remember to tap or scan before every ride - even when you transfer between stops.

We hope you all have a safe and fun Fourth of July!