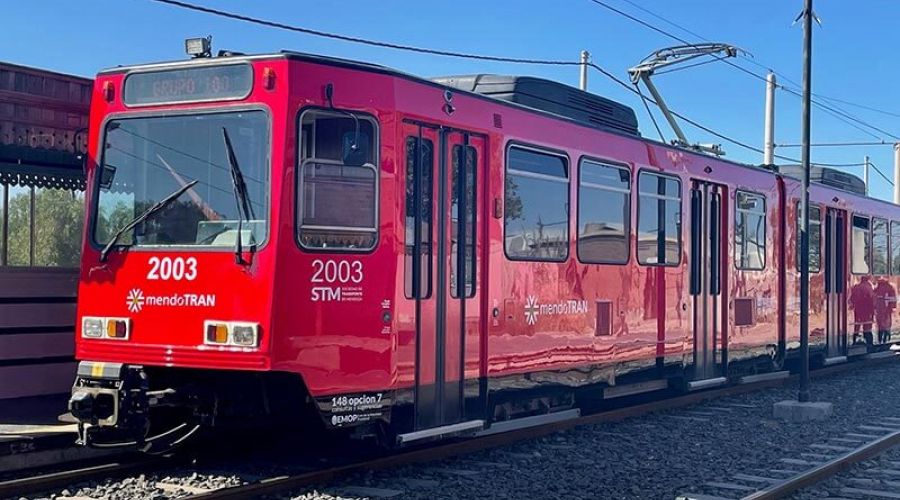 The second generation of MTS Trolleys have found new life in South America. The Metropolitan Transit System (MTS) has finalized an agreement with the City of Mendoza, Argentina, to donate up to 39 Trolleys that have reached their useful life for the MTS system. MTS is saying farewell to one fleet of Trolleys to make room for more of the newest generation of light rail vehicles (LRVs) for MTS.

The LRVs arriving in Mendoza are part of the second generation of Trolleys at MTS, the Siemens SD100 series, which began service in San Diego in 1995. After almost 30 years, MTS has decommissioned the Trolleys in favor of lowering maintenance costs and improving the customer experience by transitioning to a fully low-floor fleet. Given their excellent and durable condition, they have been donated to the Province of Mendoza and will become part of the Metrotranvia Mendoza (MTM) light rail fleet.

“As MTS modernizes its Trolley fleet, we are very glad to see our older models continue to be put to use, serving the people of Mendoza to carry residents to work, school and other activities, just like they’ve been doing in San Diego for almost 30 years,” said Sharon Cooney, MTS Chief Executive Officer. “I’d like to personally thank our friends from the City of Mendoza for this partnership. It’s great to see light rail flourish in other parts of the world the way it has in San Diego, while also keeping these vehicles from the scrap heap or landfill.”

This is the second time MTS is sending vehicles to Mendoza. MTS sold 24 Trolleys to Mendoza from its first-generation fleet of U2 Trolleys back in 2012.

“The exceptional condition of our Trolleys is a testament to the excellent work of our maintenance workers, technicians, and Trolley operators,” said Wayne Terry, MTS Chief Operating Officer, Rail Division. “Donating these light rail vehicles to Mendoza benefits the city’s economy and residents. It will also cost MTS zero dollars to execute. It is a win-win for both transportation agencies.” Terry and a team of MTS employees were in Mendoza for the signing over ceremony, and to help the team with the transition for the new vehicles. 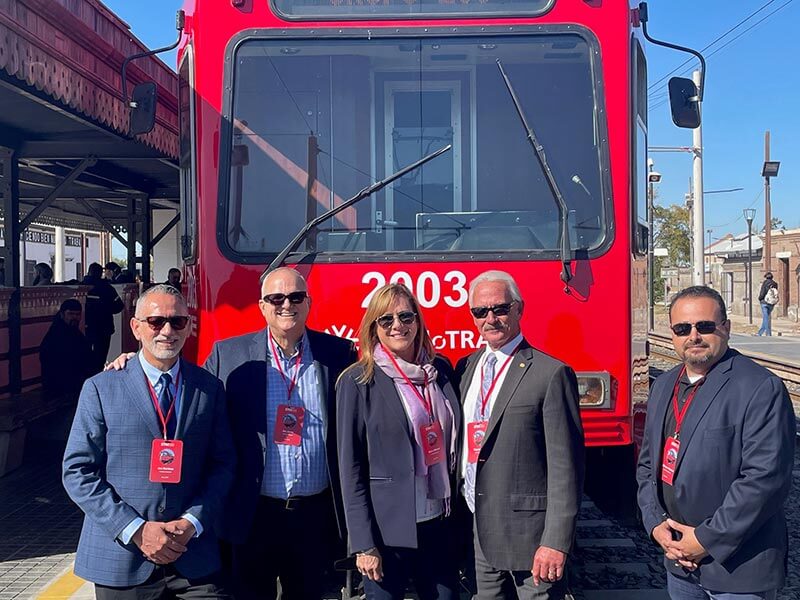 The government of Mendoza is covering all costs associated with the donation and shipping, including labor for a team of MTS workers to reassemble the cars, and plans to send technicians to San Diego in the near future for more in-depth Maintenance and Operations training.

To make the trip, the vehicles must be dismantled into two pieces and encased in plastic. The LRVs are being transported by truck to Long Beach, by boat to Antofagasta, Chile, and then by truck the remaining distance to Mendoza through the lower Andes. The first three cars have just arrived in Mendoza, and shipments are expected to continue over the course of the year. Terry and a small team of MTS LRV maintenance staff made the trip to Mendoza to oversee the arrival.