Streetcars made their first appearance in San Diego in 1886 in the form of open-air coaches pulled through the central business district by horses or mules. The first electric-powered version came a year later, a short-lived operation between downtown and Old Town. 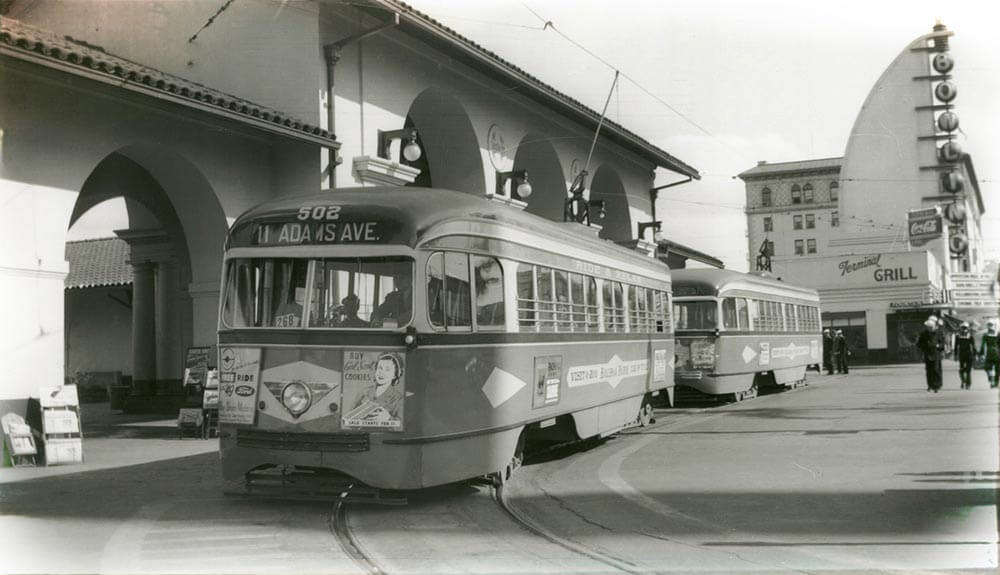 By the 1930s, however, streetcars were losing business to more versatile city buses and private automobiles. 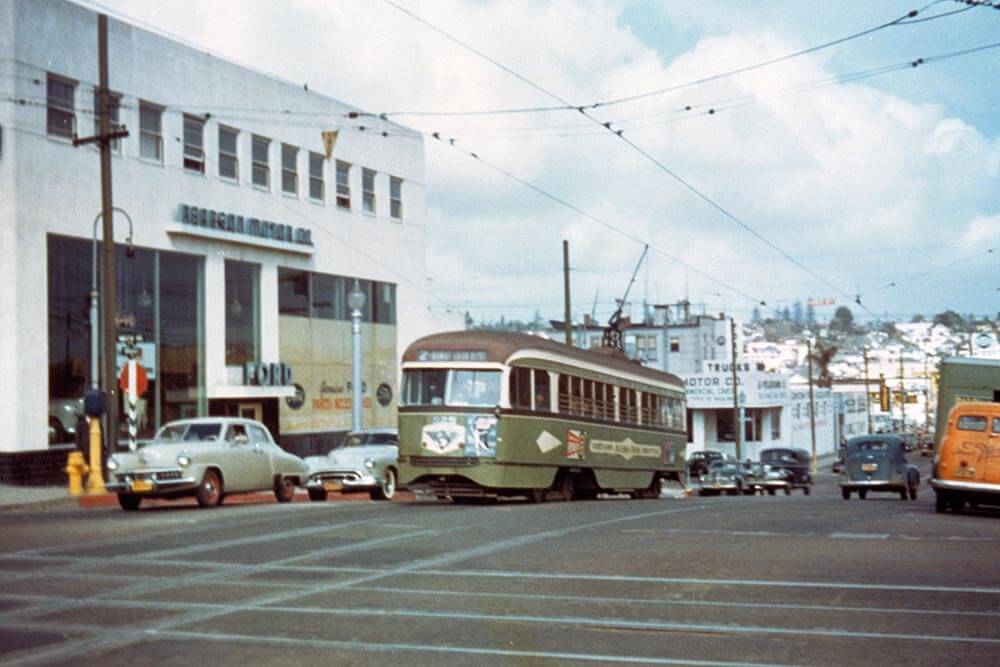 In a last resort, industry executives designed the Presidents Conference Committee car, aiming to improve the style and comfort of a streetcar ride. More than 5,000 of these vehicles were produced. They made their San Diego debut in 1937 and continued operations until April 1949, after Spreckels’ company – now in decline -- was sold off to another transit business that relied on buses.

The PCC cars acquired for San Diego’s vintage trolley service are a postwar model – more readily available and in better operating condition than surviving examples of the cars that first plied local streets.

Full story of the PCC cars in San Diego